How Advanced Surveillance Can Make Our Cities Safer | Oncam

Home » How Advanced Surveillance Can Make Our Cities Safer | Oncam

Giant skyscrapers, ultramodern designs, futuristic technologies, drones, automated cars, and a smart home that speaks as well – the horses simply start running free as soon as the idea of a ‘smart city’ even remotely crosses our mind. This is, perhaps, how our hi-tech bases are going to look in the future, but as we witness the first domino tumbling to turn this broader vision into a tangible reality, how safe are these cities going to be is what must be our prime concern.

Sifting through the sands of time: Making our smart cities invincible

One thing that goes without saying is that crime is a major challenge experienced by our country. The broader situation only aggravates when metropolitan cities are brought into perspective. Metropolitan cities, due to their generally inbound population,often become the epicenter of criminal activities. For instance, Delhi had 54,287 registered criminal cases under IPC in 2012, a figure that grew to 155,654 cases within a span of two years, and to 209,519 of the same by 2016. These burgeoning cases are despite the fact that Delhi is a national capital. Then, how can one expect to have a crime-free landscape in the upcoming smart cities, especially as these tech hubs come with a promise to have minimal human interference for across-the-board processes?

This is an area where technology, surveillance technology to be specific, can bring a considerable difference. Surveillance systems can be deployed throughout the vast expanse of the city, specially targeting high-footfall regions and public places. These areas can be monitored for criminal activities as well as other critical incidences that affect public security and these operations can be driven through centralised video walls in the local surveillance centre. This approach can result in a proactive security mechanism and help in minimizing the crime rate for the city. But is it possible to monitor everything from streets, highways, and lanes down to residential areas, tourist attractions, and high-footfall regions, that too round the clock without missing incidences? Well, to err is human.

To err is human: How to minimize errors and omissions in surveillance

Human errors have been a crucial element of productivity and risk management reports prepared by global organizations. But to what extent can these errors be allowed, particularly when talking with regard to public safety and security?

The human dependency, at least complete dependency on humans, is being gradually inverted for across-the-board processes. Thankfully, this also includes surveillance. Today, state-of-the-art surveillance systems cannot only recognize and capture incidences such as aggressive behaviour, vandalism, and theft, but can also detect fire hazards and other public security use cases. They can then transmit the video feed directly to the concerned department in the local surveillance centres, thereby completely eliminating the scope of errors and omissions. These video analytics-driven systems can, moreover, be programmed for typically challenging scenarios, such as managing road traffic, cleanliness of a given region, and crowd control.

Such systems can also be integrated with the Aadhaar database to facially recognize the offender(s), if any, and bring them to book instantly for any criminal offence – much like automated traffic challans issued today. But a fact that most people are not acquainted with is that incident capturing and facial recognition are not possible simultaneously. If a surveillance camera is positioned to focus on facial recognition, it is not possible to capture incidences and vice versa.

Lately, 360-degree surveillance systems have emerged as a ray of hope for everyone, as such systems address multiple pain points at once, which include the overall device requirement, associated deployment costs, subsequent bandwidth and storage requirement. They also provide a singular high-definition video stream that can be converted into multiple virtual cameras with the ability to tilt, pan, and zoom both live and recorded video feed.

Above everything else, these video feeds can be used to identify incidences and execute facial recognition at the same time. They can also be used to recognize habitual criminal offenders and can non-intrusively keep them under the scanner to minimize the threat that they can cause to other city dwellers. Absconding criminals, on the other hand, can be instantly put behind the bars –making our upcoming smart cities a lot safer than other cities at present.However, an essential ingredient in bringing about this novel concept into a perceptible reality is that such systems need to be deployed now, when the foundation of our smart cities are being laid, rather than later, when doing so will be a task neigh impossible.

Copyright Cellit.in
The original article can be found here.

Tweets by OncamGrandeye
Prev Previous Oncam Chosen as Best Camera Partner 2019 by Milestone Systems
Next Reaching the Loss Prevention Managers: What to Consider Going Into the Holiday Season Next 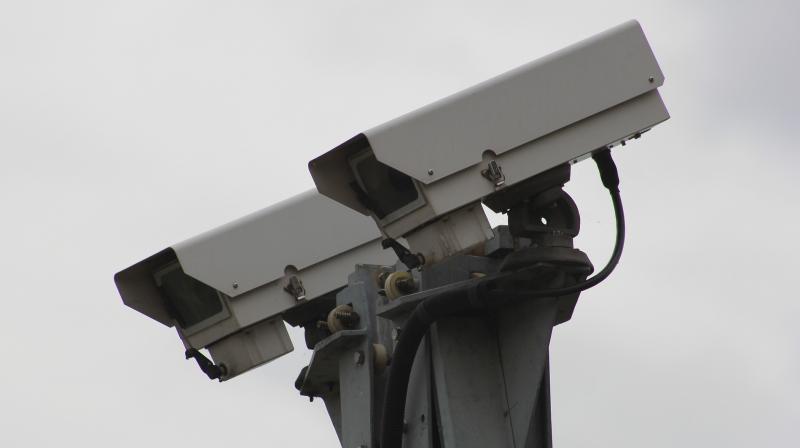 The Asian Age Article: How is Augmented Reality transforming surveillance and security functions

Round Table Discussion: What is the continuing role for server-based video analytics?