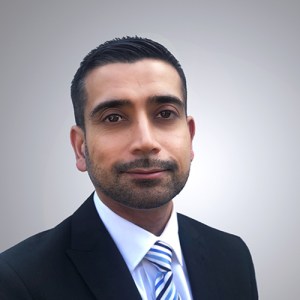 When selecting the best video solution for any environment, it is crucial to understand how some of the latest innovations in surveillance camera technologies are transforming security operations. For many years, it’s been proven that IP video systems offer numerous benefits, such as secure accessibility, higher resolution, more efficient storage and centralized management even with dozens of cameras. And, in today’s market that sees constant technological evolution, choosing the most appropriate solution can become overwhelming.

As we enter what many are calling the next era of video surveillance, it’s clear that one part of the market is advancing with some of the most notable innovations: 360-degree.

Referred to as panoramic, fisheye or omnidirectional, the adoption of 360-degree cameras is growing at an exponential rate. Whether you’re already familiar with the technology or new to the market, there’s always more to learn about the ways it enables users to take their security efforts to the next level.

Complete coverage. These devices provide operators with the ability to dynamically view either the entire scene, or pinpoint the view that they need and zoom in for a closer look, without compromising on image quality. This ability is referred to as “dewarping.” What’s even better, there are no blind spots, a drawback of many PTZ cameras due to a narrower field-of-view. With complete coverage, users benefit from fisheye images that cover the desired area. There’s no added step that involves stitching together the images, which ensures consistent brightness, contrast and smooth motion in the entire scene. Some call that increased visibility or the foundation for situational awareness.

When it comes to installing other types of video security systems, the camera typically needs to be carefully set at the targeted position and refocused. 360-degree cameras don’t require such precision; the lens is mounted in a fixed position and doesn’t need to move or rotate in order to capture an entire scene. Also, fisheye cameras tend to have a longer life, since the vast majority of their parts are stationary and do not wear out as quickly.

Enhanced situational awareness. A full 360-degree view becomes the bedrock of attaining enhanced situational awareness for any organization’s security operation. Panoramic video allows operators to know exactly what is taking place within their environment—as it happens or with retrospective analysis. Video Management Systems (VMS) that allow for client-side dewarping can store the full fisheye images, making it easy to access later for further investigation and to better understand people’s behavioral patterns.

Advanced onboard technologies. Organizations look for features in a video solution that not only enhance image quality, but also enable cameras to be the eyes for what operators can’t see at all times. Inadequate video surveillance technology can cost organizations time, money and other resources. Simply put, the camera technology must leverage the highest quality features to generate valuable video and productive security. And 360-degree cameras offer some of the most exciting innovations in the market:

The innovations and user-focused functionalities now available with 360-degree fisheye cameras are why many businesses are rapidly adopting panoramic surveillance systems. The next generation of high-tech video security is upon us, and at Oncam, our team is blazing the trail with devices that empower organizations to take control of surveillance at their facilities. To learn everything there is to know about 360-degree fisheye cameras, download our guide here.

Tweets by OncamGrandeye
Prev Previous Four Key Cybersecurity Principles in Video Surveillance
Next What’s the appeal of compact cameras? Next

What is the NDAA, and How Does it Affect Video Surveillance?

Analytics and the Quest for Intelligence