The UN found that in 2014, 54 percent of the world’s population resided in urban areas, and that population growth is projected to add about 2.5 billion more people to the planet by the year 2050. Public forms of transportation are lifelines for billions of people across the globe already, and growing in dependence each day through rapid urbanization and globalization. How can surveillance technology keep pace with the increased travel that is set to take place in the near future?

360-degree cameras are quickly becoming the best way to protect public transport because they house a number of technological benefits. The largest advantage 360-degree cameras have is that they require no moving parts and are equipped with PTZ capabilities during playback, enabling them to capture a full panoramic view of the area without blurred images or mechanical delays.

Moreover, the high-resolution 360-degree image captured with a fisheye lens is dewarped at the viewer’s discretion, and can be processed in real time or during playback as if the video were live. These cameras come in a range of sizes and camouflaged exterior designs, making them customizable for any size application or transportation hub.

Such applications require easily adaptable, scalable and reliable 360-degree camera systems to provide maximum situational awareness for a city’s given infrastructure and preferred transportation medium. Train and bus stations, whether above ground or below, rely on 360-degree cameras to protect platforms at all hours by panning or zooming into every corner of a station without the need for extra, cost-prohibitive cameras. Rush hours or city events that draw large crowds can be immediately deciphered and managed in minutes, catching large-scale incidents before they happen.

Airport traffic is also more voluminous than ever, with some hubs seeing millions pass through each year. In highly metropolitan areas, certain airports are even connected by rail or bus to the center of a city, making follow through of situational awareness even more crucial as people transfer from one transport method to the next. These 360-degree cameras can cost-effectively manage this network of transfer options by cutting back on the number of cameras installed and increasing compatibility with VMS and other third-party screening systems to ensure the safety and continuity of international flight patterns.

Cruise ships, a less obvious form of travel, carry thousands of people across international waters to their destinations, yet face significant Coast Guard compliance requirement hurdles when it comes to proper video surveillance. Proactivity toward incident detection is encouraged on board these vessels, where 360-degree cameras and video analytics technology are being installed on decks and elevators to reduce installation costs, camera numbers and violent or illegal activity onboard.

360-degree IP video surveillance cameras are an intelligent, cost-effective and efficient investment for transportation security the world over as they provide unprecedented situational awareness without altering the unique and delicate balance of our world’s cities. 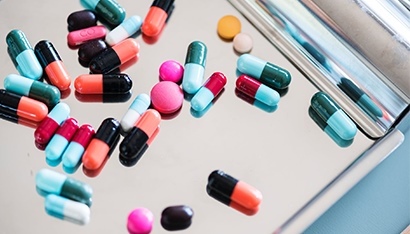 Oncam 360-degree video applications & awareness in security and other markets